Noxolo Dlamini is a South African actress who has been cast as Ntombi in the Netflix series Jiva!

Noxolo Dlamini was born on 15th September 1993 in Soweto, Johannesburg, South Africa. She was born and raised in Johannesburg along with her two brothers. She is very close to her mother and frequently posts photos with her mother on Instagram. 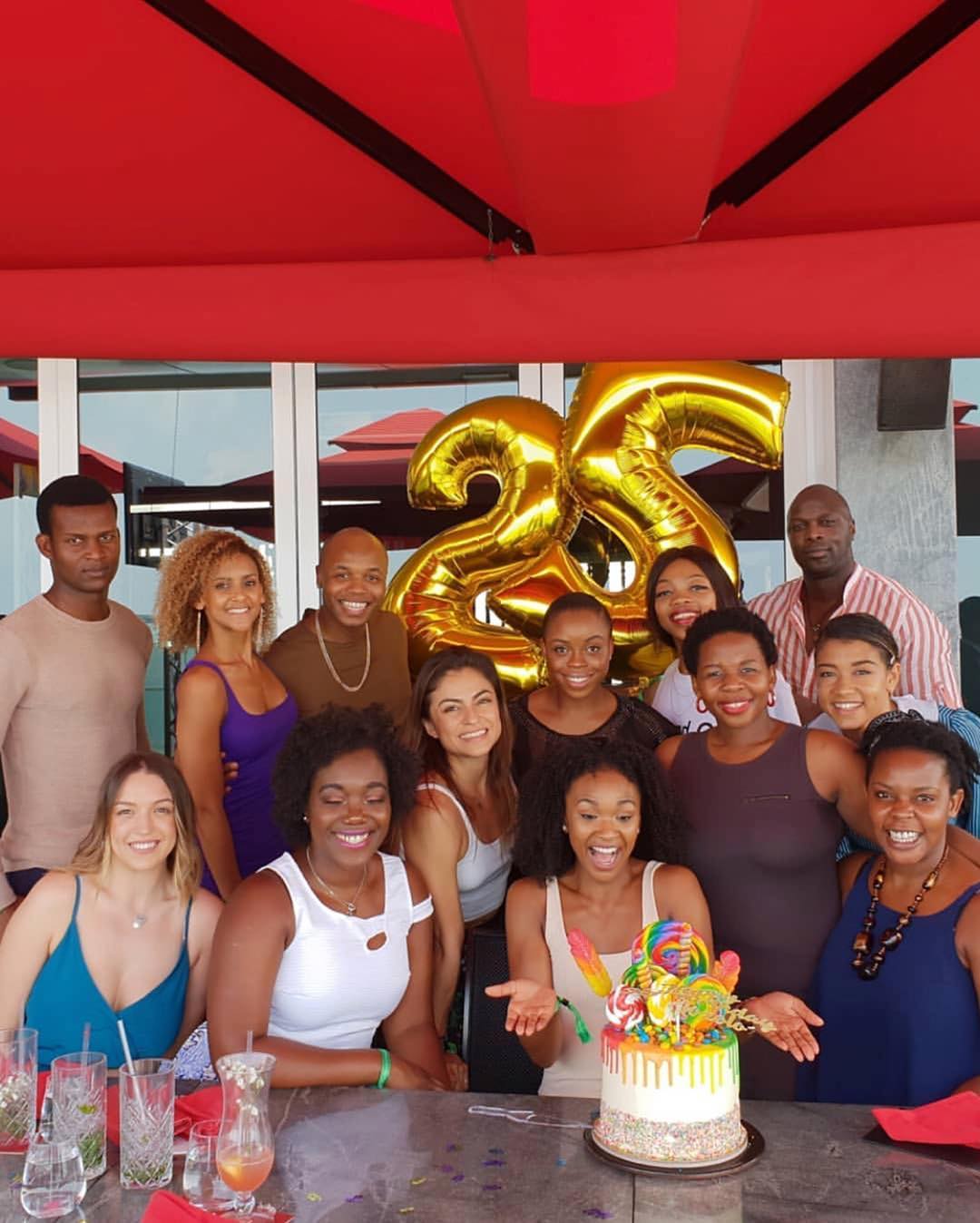 I am one lucky cookie!♥️♥️♥️ nothing but love for each and everyone of you. Thank you so much for making my day special! #birthdaycelebration #25thbirthday #surprisebish

The actress, who is also a fitness trainer in-the-making, was bitten by the acting and dancing bug at a tender age, and that led her to attend the National School of the Arts in Braamfontein, Joburg.

Noxolo Dlamini’s mother went to the historic Morris Isaacson High School in Soweto, which played a vital role during the Soweto uprisings in 1976.

Not much is known about her family except for her mother and that she has two brothers.

Noxolo Dlamini started her career from Theather. Unlike her peers who will die to land a role in local soaps and dramas, Dlamini wants to build her theatre profile first.

Noxolo shot to fame when she landed the coveted role of Sarafina in Mbongeni Ngema's remake hit musical.

"I'm not rushing to take television or film roles as yet because I still want to grow and make my mark in theatre . [But] I believe I will feature in television and film roles in due course," Dlamini says.

She regards Lion King and Nina Simone: Four Women as a stepping stone and pivotal roles in her acting career.

"It has been a beautiful and challenging journey for me. Working in those shows afforded me a chance to learn and understand myself as a performer. I have learned to be patient with myself."

Noxolo has since acted in various theater and television shows.

Noxolo plays the role of Ntombi in the Netflix series Jiva!

Jiva is a story about a talented street dancer from Umlazi, Durban who must confront her fears and deal with family objections to pursue her dancing dreams which is created by Busisiwe Ntintili.

The sultry actress has managed to keep her relationship status private till now. We do not know if she currently has a boyfriend. But we will certainly update you once we know more.

This talented actress is also a fitness trainer. Her fitness page goes by the Instagram Handle @noxi_fitnessfun where she posts fun and challenging workouts. The motto of her Fitness Workout is having fun while getting fit.